All Types of Dutch Braid Hairstyles for women

A Dutch braid is known as reversed braid or inside out braid, something similar to a French braid but not exactly. The technique for making the French braid is almost same as the Dutch braid Hairstyle. But the only thing with Dutch braid is different of running it back down your head, it’s angled down the side of your head. Each time you add a section of hair in the middle and bring them underneath in the middle. We, who are very fond of braiding hairstyles definitely run for such hairstyles. The hair type of this hair look also doesn’t matter a lot as it suits on all short, medium or long sized hair. The only thing which should be recommended while doing this style is that your hair should not be in layers as you have to join your hair across.

The layers would make an incomplete section and can fall out. Which looks uneven and will not give a securely braided look. Although, you can still try it, but you’ve to work a lot as you have to secure your look with hair clips and hairspray which will not last long. So, it’s better to try this style on your equal length hair. No matter what hairstyles are in form nowadays, braids are always in a great top number. After the most favorable braids like French and fishtail braid

Dutch braid hairstyle is also in great demand and is the upcoming trend of today’s fashion. If you truly want to get a very beautiful lined upbraid you should also go with such type of braid which is a Dutch braid. It is a much-elaborated braid which appears in three strands.As the result the braids appears on top instead of mixing in the bushy hair beneath. There are many kinds of Dutch braid hairstyle and one also for your hair type. So without wasting a couple of minutes you should definitely go for such braid hairstyle which will really polish your personality this time. 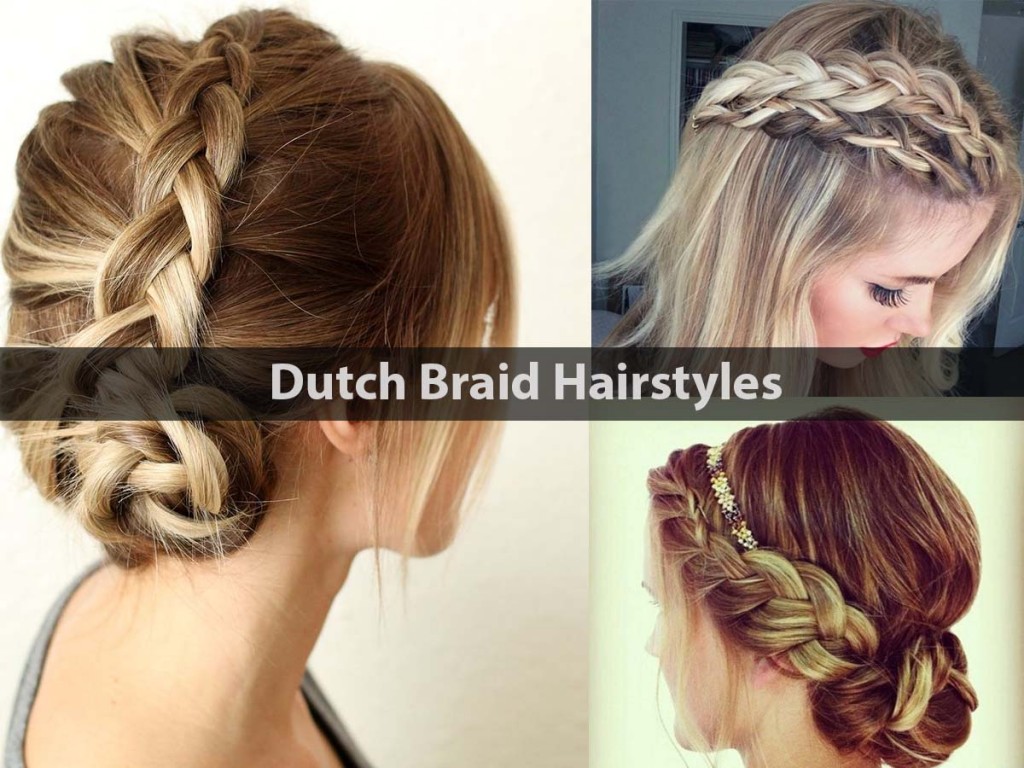 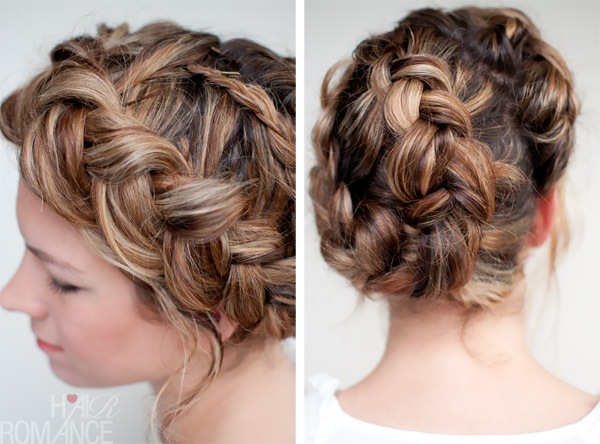 Double Dutch braid hairstyle is the most creative one as it is handled with lots of indefinite patterns. You have to braid from two sections instead of one, from your top corner with an underhanded technique. Which looks likes two pieces of hair joined tighter. 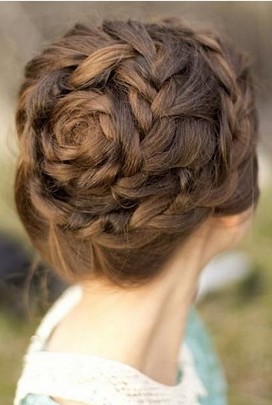 For formal occasions, it is sometimes too hard to find a suitable hairstyle which is not so fluffy. This formal Dutch braid updo look can be perfect where you have to pin up your Dutch braid in a high updo in a circular way. See that the textures which you are taking should be to clean. 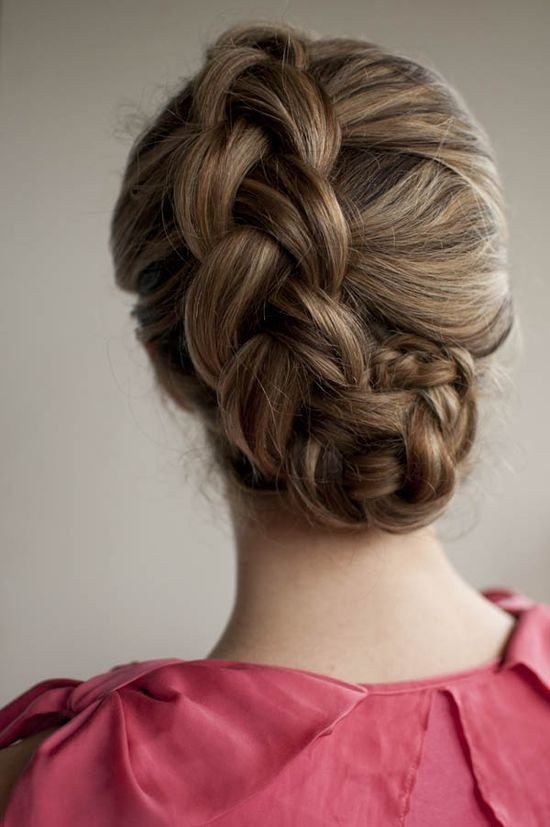 This thick bold braids appears to be intricate and quite difficult but exactly not, as this is the result of patterns. This delicate winding of patterns which is turned up to be a flat updo will be perfect for a clean styling. 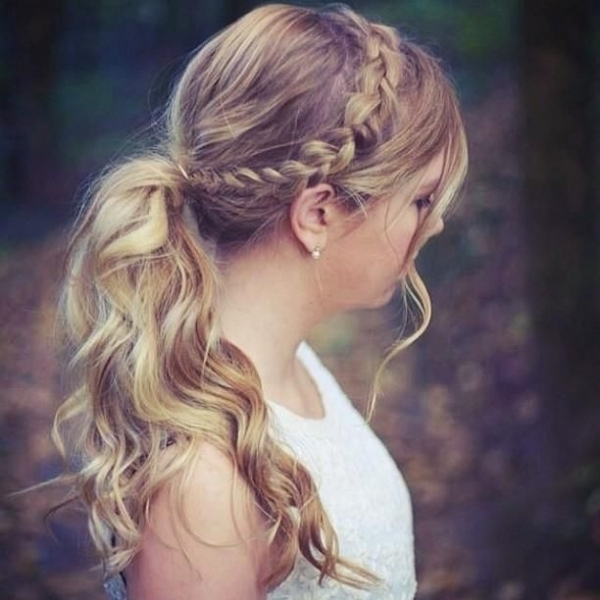 A simple high updo ponytail will never remain as simple after you are going to style it with such cute textured ponytail and also with the arrangements of bangs. You have to comb all your hair back and then wrap in a loose high ponytail after that braid the first section and fix it to your ponytail and then allow soft face framing bangs for layering out your look. 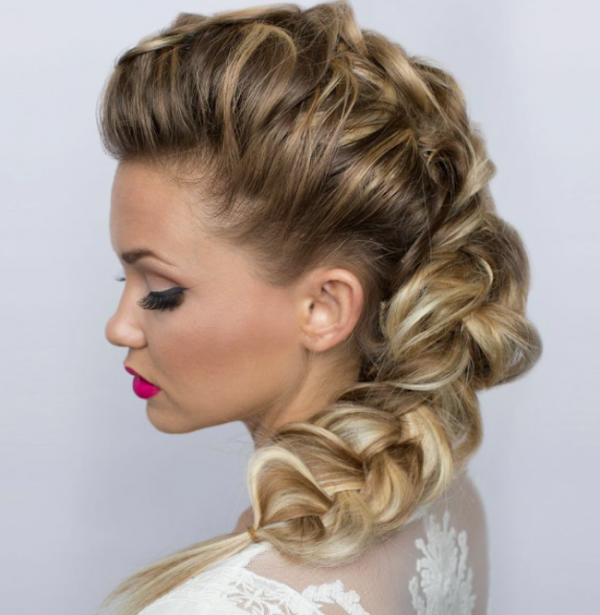 This braided hair look will be very elegant and easily noted to be beautiful because of its textured high layers at the crown area which will be braided from the crown level in ways of front falling and then tied up to be a loose flickering ponytail. The puff at the crown should also be a part of Dutch braid hairstyle and will be braided the same way. 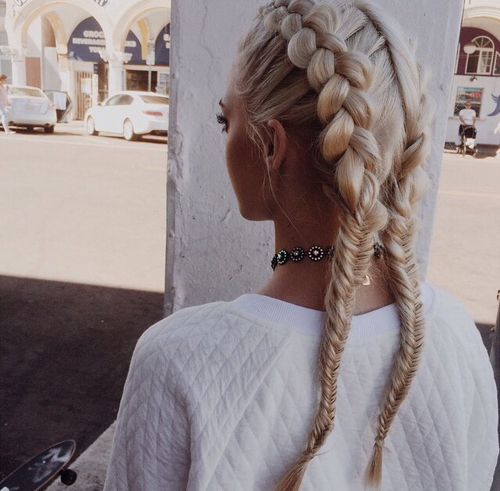 You can make your normal simple pigtail braid look creative if you can just transform your regular braid to a pigtail one. A divided section of hair from the middle of the crown and then tied up to be a loose hanging ponytail in a hard subtle way.

Straight opened hair with a side Dutch braid 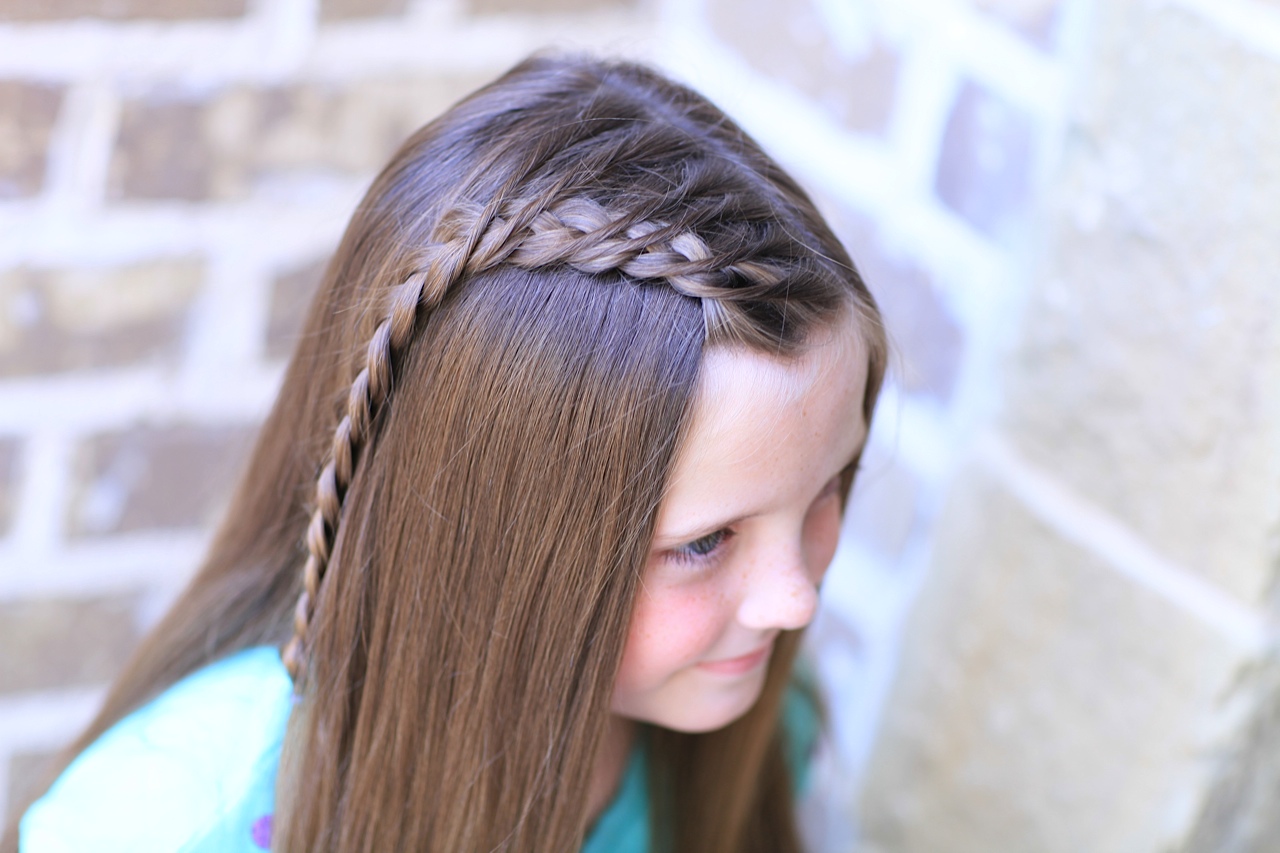 You can make your straight hair which always looks beautiful a prettier one by just lining up with a single strip of loose braid started from the crown area and then joined to the loose low fallings in the opened hair.

Must See – How to Do a Dutch Braid – Image & video Tutorial 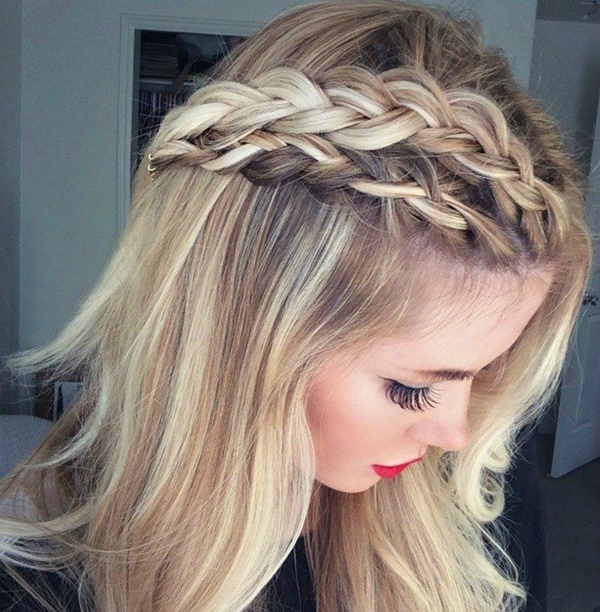 High edgy layers of braids with two side corners of parted hair till medium length and a layered edge with lots of flickering. Divide your middle length layered hair from a side parting and braid the one side according to your choice and then fix it towards the back leaving the rest of the hair opened with face framing bangs. 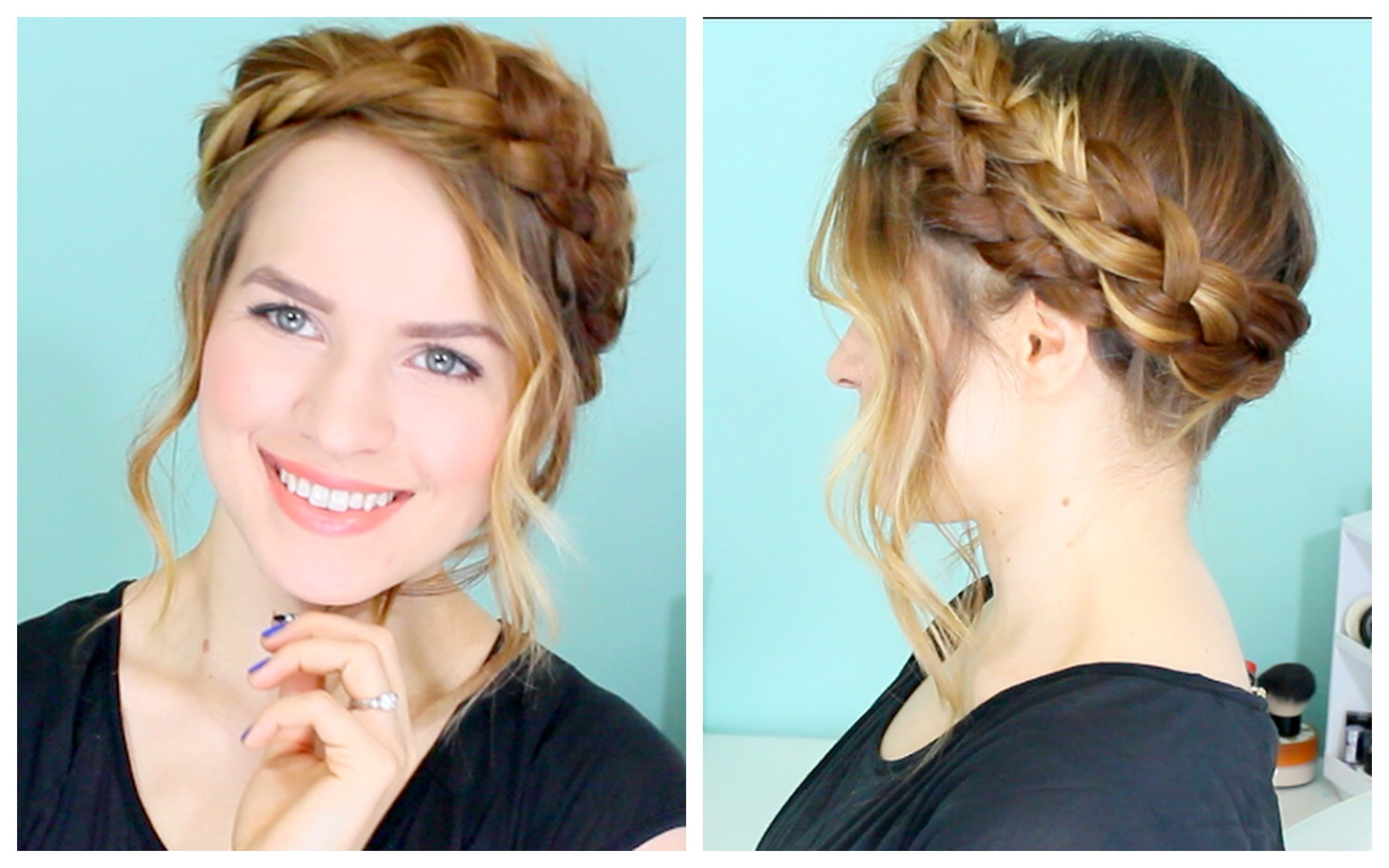 The braided headband looks more familiar than the false one and you can easily make one. This time make your headband from the smooth rounding of Dutch braid hairstyle which will be joined from the ear to the corner side. Then allow some straight bangs to lay out your face from both the sides.

Dutch braid with a messy bun 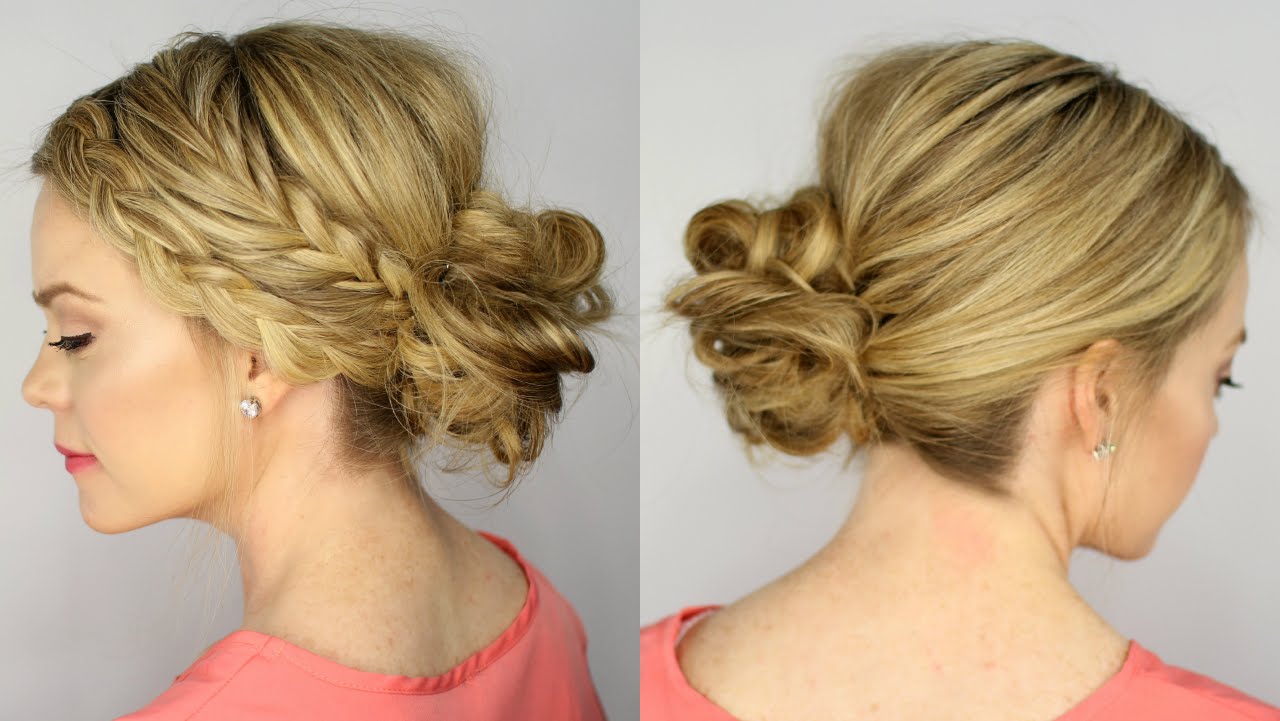 This hairstyle is easy where you have to get a simple messy look in the form of braids like a messy touched up Dutch braid with smooth flicks all around and a side crossed Dutch braid joined to the messy bun which should be a collection of layered hair in a messy twisted touch.